Life is a perpetual surprise that alternates between bad moments and good moments.

Among the latter is the return, in an unknown role, of a friend who had been out of sight for a while, but still very present in my memory and my heart. I had known Christian Favre for a very long time as a promising young pianist, and followed his career from time to time (geography often separates humans) by means of his recordings as well as the appreciative echoes of some of his students. But now I am discovering Christian Favre as a composer. And what a range he has! For a long time, his works remained as secretive as the first Christians of the catacombs, until the moment the plurality of existing languages allowed their author to expose his creative work to the light with a total absence of complication.

Christian Favre is a romantic, passionate, tormented musician. A lover of life, he is also generous, sensible and (as is characteristic of artists) particularly affected by misfortunes and the loss of those near and dear to him. This Requiem, undoubtedly born of such chagrin, speaks the language of authenticity and of emotional sincerity. It encompasses all of this while remaining above any preoccupation with stylistic conformity with a precise aesthetic. Vanguardism such as pastiche would be out of place in this rigorous score that attempts to resolve the tensions between fear of death and serenity, between tonally rooted dodecaphonism and polytonality.
His language? I would be tempted to respond that it is that of the heart, were this not an outdated image by now. This Requiem is deeply anchored in a certain occidental tradition whose precise models are difficult to pinpoint.

The initial Requiem Aeternam is reminiscent of the weak beating of a distressed heart which must continue nonetheless on the bumpy road ahead. The Kyrie Eleison soars among melismas formed by the winds in a spirit of litany and a harmonic language that Frank Martin would have liked. The Dies Irae, almost Ravelian at its somber beginning, spins a threatening, anxious dance of death. This is the most developed movement of this Requiem, which alternates between drama and peace and eventually rests on a soft, luminous lullaby. The Sanctus which follows begins with the entire choir and dominates the final part, leading into the peaceful Agnus Dei. This beautiful, vast fresco ends calmly, suspended and unresolved in the face of our eternal questions regarding death… 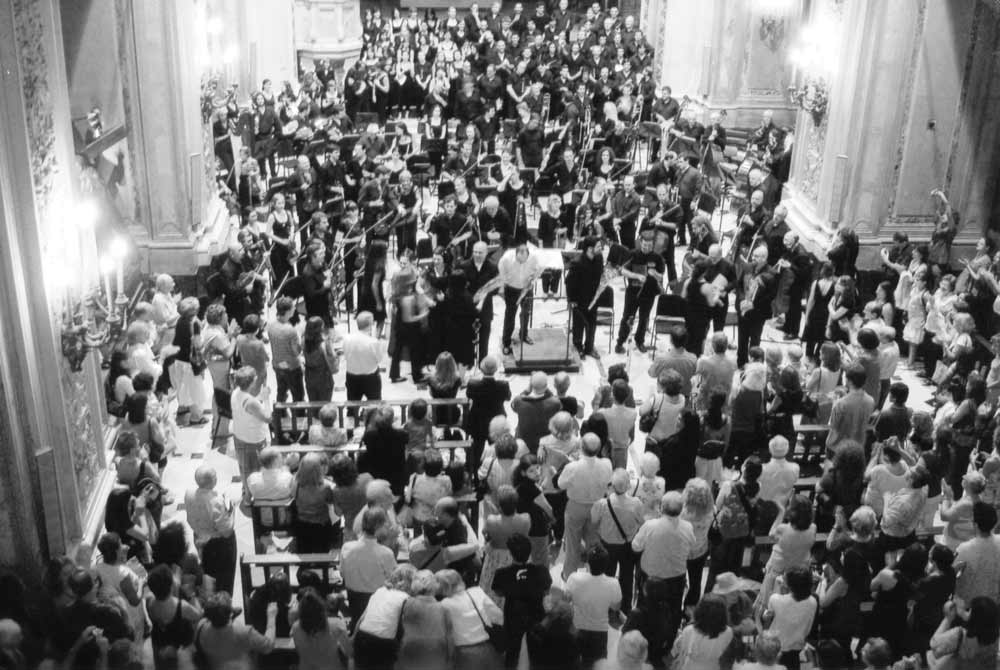 Whether from his CDs, concerts or teaching, Christian Favre is a familiar Swiss pianistic figure. We know a bit less about him as a composer. Undeservedly. His Requiem is an absolute astonishment. From refined writing and very confident craftsmanship comes a score that is incontestably to be placed alongside the greatest Requiems in history.

To describe such a work is impossible in so few words. Tormented but clearly written, somber yet full of colors, both austere and generous, one can feel its kinship with Frank Martin. Christian Favre’s Requiem is strongly anchored in tonality despite its usage of 12-tone technique. Poignant, heartbreaking music, the music of a man indignant in the face of the premature death of his brother, it ends in peace, concluding as serenely as a question mark.

On the evening of Wednesday, 24 November, we witnessed an exceptional moment – an hour of grandeur and of truth in which the world of music was enriched by a strong and necessary work whose dimensions are beyond the scope of our regions. A large crowd made its feelings very clear with its meditative reception and enthusiastic cheering.

With his Requiem for choir, soloists and orchestra, Christian Favre has revealed a new and appealing face to us, one which illuminates his rich personality and his authenticity as a musician. He is taking his place among the most significant composers, not just in this country but in this moment on a global scale. His admirable mastery of both vocal and symphonic composition serves as an impressive vision of the liturgical text whose imposing beauty is impossible to overstate. Christian Favre has created an extremely personal work and has capably rendered, in a striking manner, his smallest inflections and most secret extensions increasingly ethereally and dramatically. The work grows in profundity and complexity, similar to a stained glass window in the intensity of its oppositions of colors and moods.

By doing this, Christian Favre has demonstrated a courage that must be acknowledged. Conceiving, tackling and subsequently bringing a work of such importance to fruition merits the highest respect. What is most striking – and which undoubtedly explains its level of success and its enthusiastic reception by the public – is the adoption of a deeply original and personal language whose tonal foundation is never called into question, as its borrowing from modern techniques is justified by its wholehearted submission to the necessities of musical expression. It was thereby only natural, after having received the honors of a world premiere in March 2008 at the Teatro Colon in Buenos Aires, that Christian Favre’s Requiem be presented at the Lausanne Cathedral.

It is now a done deal, thanks to the remarkable commitment of Pascal Mayer, an inspiring and inspired leader. Under his conducting, the Pro Arte Choir of Lausanne, the chamber choir of the University of Fribourg, a quartet of excellent soloists and the Suisse Romande Orchestra brilliantly defended the work with magnificent force of conviction. It is fitting that this Requiem is taking its place now, in this country and beyond our frontiers, among representative works from Britten’s War Requiem to that of Frank Martin …

Jean-Jacques Rapin
former director of the “the Conservatoire de Lausanne” 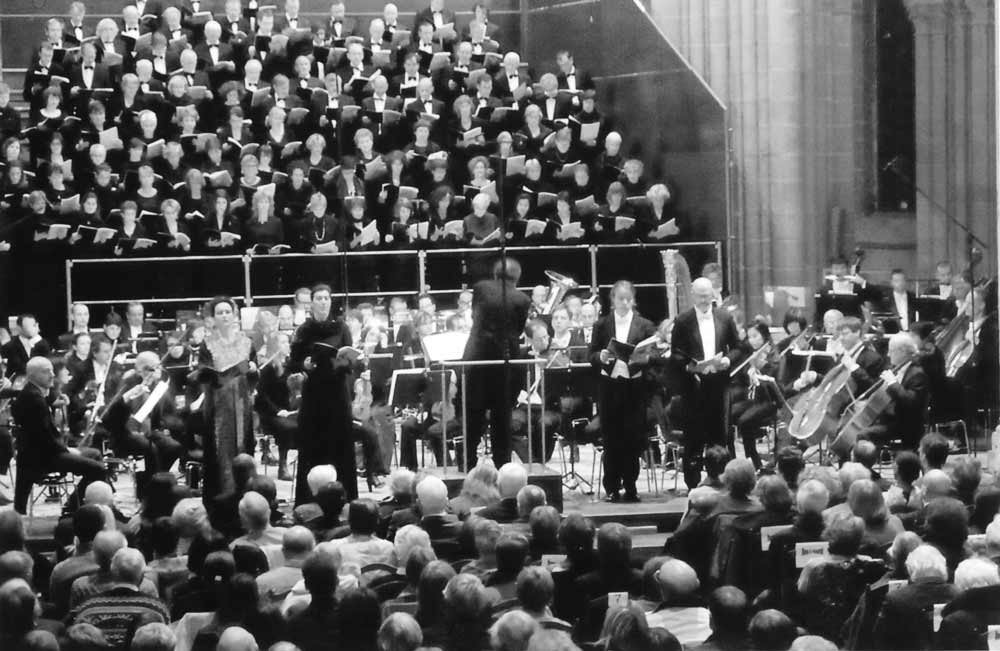